Every hour of the clock has its own personality, its own character and flavour. From the crisp, fresh, lemon-yellow optimism of 7am, through the heavy, lethargic grey wasteland of 3 in the afternoon, to the tailing-off-winding-down navy blue of 9pm. Their colours change depending on the season, on whether you are awake or asleep: 10pm in the winter is a frosty, monochrome hibernation. But at the beginning of a long summer’s night, it reveals itself as rosy, perfumed, and electric pink, buzzing with the potential of tonight gained and tomorrow lost.

The personality of each stop along the clock is what makes jet lag so unpleasantly disorientating. Your alarm wakes you up in Southeast Asia at 10 in the morning, and you eat breakfast with the late-night illicit haze of 3am charging through your body like an unwanted second pulse. Travelling west, your mind skips into bright expectant 9am action, waking you deep in the darkness of a 4am slumbertown. Shift workers no doubt feel all of this more than most, in their own country, and in the space of a single week or month.

For as long as I have been old enough – for longer in fact, thanks to a cleverly-doctored ID card – I have enjoyed knowing who I am at 4am. If you only ever abide by the delineations of night and day, you will only ever meet yourself between sunrise and sunset, dawn and nightfall. There is an entirely different quality to the world, the atmosphere, your experiences, even to who you are, in those fluid, secret dark hours designed for sleeping. Knots come undone. Anxieties are remembered past instead of felt present. Music makes a different kind of sense. Vast swathes of human artistic cultural output come to fruition, or begin eagerly to shimmer into concept, in the after-dark and the before-dawn. 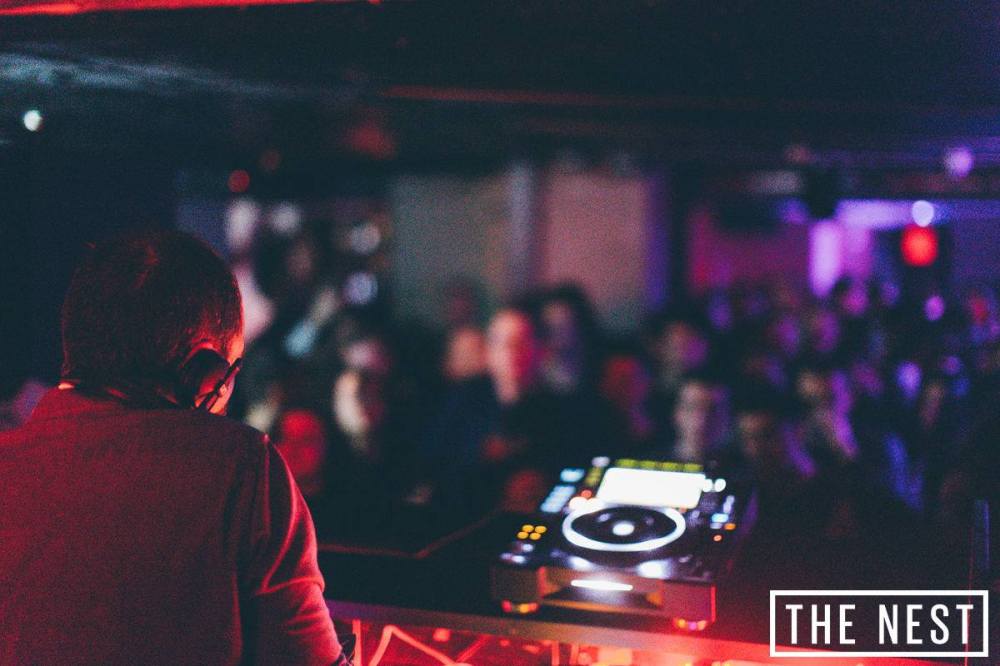 As a young teenager, music was my heartbeat. I grew up playing the piano, flute, and guitar. I sang in choirs and for a band. I loved the length of time spent getting to know and understand the kaleidoscopic shifting sands of a piece of classical music- decades, a lifetime – and the intimacy that developed between my heart and each masterpiece that I learnt meticulously, painstakingly, to sing or to play.

My mum is a pianist and music teacher. My brother is a composer, and my parents both sing. Our house was always full of music, singing, the tuneful noise (flattering description) of amateur instrumentalists. I remember screaming up the stairs if I needed to make a phone call while my brother was playing the drums. When I was thirteen I saved up for a second-hand amplifier and colossal speakers that filled my tiny bedroom. My dad explained what bass reflex was, how the air-vent was designed to enhance low frequency sounds. I tested this function often, to pleasant, bone-humming effect.

I liked listening to music I could learn to play, my room filled with printed out guitar tabs and chord scribbles, the tips of my fingers chapped and sore from my Ernie Ball super slinky custom gauge guitar strings. There were few things more exciting than going down to London after school for a gig, racing to get the last train home, sleepwalking through the following day’s classes with a head full of memories of the music, the city, the freedom. I collected CDs like talismans, and every now and then discovered a lyric or chord progression that changed everything, painted the sky a different colour for a few days, a week, forever.

By the time I left home and moved to London eleven years ago, my tastes had begun to migrate from guitars to synthesisers. Foals’ early tracks Balloons, Hummer, and Brazil is Here, took a band sound and turned it mathematical, angular, and electronic. As their debut album Antidotes reached number 3 in the charts, their music guided my eighteen-year-old ears from late-night gigs to early-morning nightclubs. This was 2007, when sweat was still dripping from the ceilings of Turnmills, when The End light-projected the Bugged Out logo onto the buildings behind New Oxford Street – a treasure hunt for those who knew what to look for – when you could still lose yourself, your angles and corners, deep inside that precious womb-like space of Plastic People, a four-hour set from Floating Points making the air pulse in joyful waves beneath Curtain Road.

It was more than music that I discovered in that shimmering, amber-lit halo of space between 1 am and tomorrow: it was a pleasantly distorted passing of time. It was a fresh new part of myself and my friends that we might never have met. It was a beautiful re-prioritising of life’s many layers to leave only this, here, now, on top and in focus. I remember the first time I borrowed tomorrow’s energy and used it instead for tonight: I didn’t regret writing off a day; all I could focus on was everything I had gained. 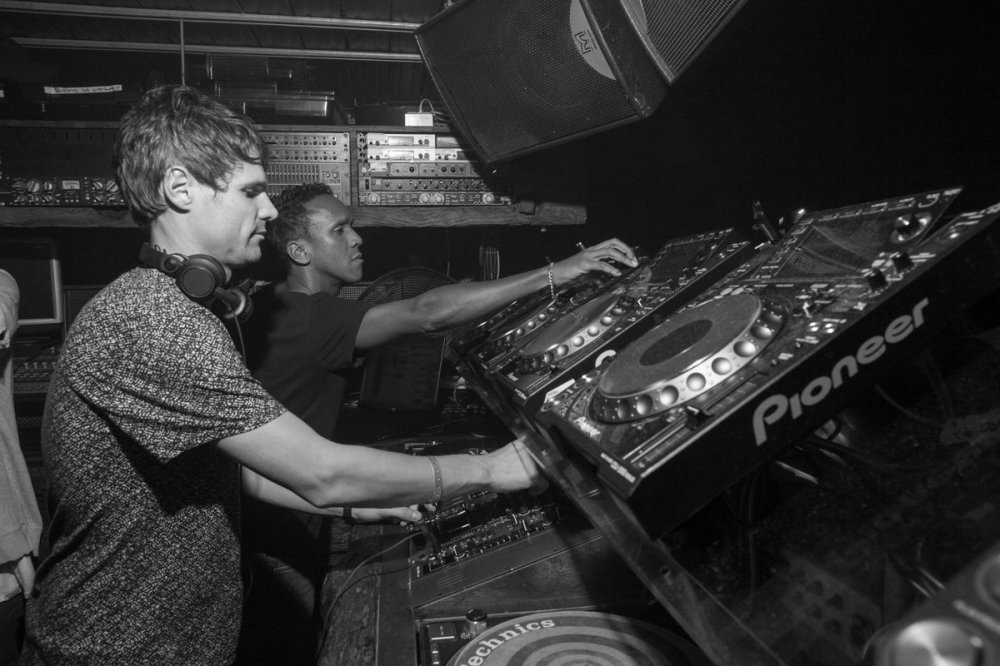 I have never seen the pursuit of 4am Freedom as having any profound conflict to my yoga practice, though I know from the outside the former might look like self-destructive hedonism, the latter a balancing physical and mental discipline. Both are avenues for exploration of life; both play with the nature and experience of time, freeing you from the clock; both introduce you to a part of yourself that is not tangled up in the logistics and practicalities of living. More importantly, both are fun! True, as I get older, the ratio of staying up late to practising yoga is changing, but I still view them both as complimentary sides of the same coin.

It’s for this reason that I don’t see clubbing as something that should be confined to those thorny and complicated teenage years. As I veer alarmingly close to 30, I am finding I get happier the older I get, have more fun the better I know myself. And now that my friends and I are increasingly resembling adults, with careers that we love and ideally need to be awake and alert for, nights out are becoming less frequent but much more brilliant.

Many of London’s best-loved clubs have disappeared and others face closure, but to me this narrative is at odds with the sheer volume of amazing new music, new artists, and exquisitely memorable sets I’m hearing. I have read so many recent articles with titles like What Happened to the Great London Nightclubs? or What’s Happened to London’s Nightlife? with a slight sense of irritation. It’s the same story being regurgitated by ex-raver journalists who think nobody goes out anymore just because they’ve stopped doing it.

The parties haven’t gone away, they’ve just moved. Using the closures of venues like Madame JoJo’s, Cable, or The Cross to demonstrate a fading away of London’s nightlife, but failing to mention the many new or renovated spaces such as Phonox, the gigantic and often sold out Studio 338, XOYO, Basing House, The Nest, or Printworks, is telling a false story. It also ignores the twenty-seven-year resilience of the legendary Ministry of Sound, a venue where (if the line up’s right) I will always choose to go to, where the art of holding a party has been honed and perfected over decades, and the sound system in The Box is so utterly ridiculous your brain can barely deal with it. Seeing Frankie Knuckles headline there is a (delightfully hazy) memory I will cherish forever. Or Fabric – having mercifully survived possible closure – a club that people travel to from all over the world, every single weekend, and where I recently enjoyed a night of pure brilliance from Apollonia. Or the warren-like spaces of the slightly younger Egg, a vast tardis for house music, hidden behind its unassuming entrance on York Way.

Perhaps the freedom found back in the 80s through the liberating explosion of techno and acid house, was so new, such a contrast, and such a direct response to the socio-political landscape of the time, that writers and reporters from that era were simply more vocal. But 4am Freedom is alive, well, ever-evolving, and increasingly more valuable. That is why all the photographs contained within this article are from the here and now.

As we find ourselves in an odd and unstable time, in an environment that seems hell bent on pulling us all further apart, disconnecting us, and segregating us, we should celebrate the fact that spaces exist where people who might otherwise have never met, can be united through music, reminded that our similarities vastly outweigh our differences

If you are lucky, you will find little pockets of your life where you feel you are entirely at home. You have arrived. You are exactly where you are meant to be right now, in this moment.

When I am sitting at my desk writing, having painfully carved a window of time and headspace from within a schedule of full-time production work, I can feel the scattered parts of myself walking slowly back in towards my centre. I am completely ‘me’, in my natural state.

When I have breathed my way through the first sun salute of the day, pushing up into downward-facing dog as the morning light streams through my window, I am home, equal parts centred and dissolved.

When I am standing in a nightclub full of people who have travelled from all over the country, or further, to be there for that moment when the track you’re riding starts to fall away from underneath you and everyone collectively welcomes the next bassline in, I feel a similar sensation. It is a soft but single-pointed focus, and for the distracted modern mind, if you’ve found that, you’ve won the lottery. Not literally – that would be nice. 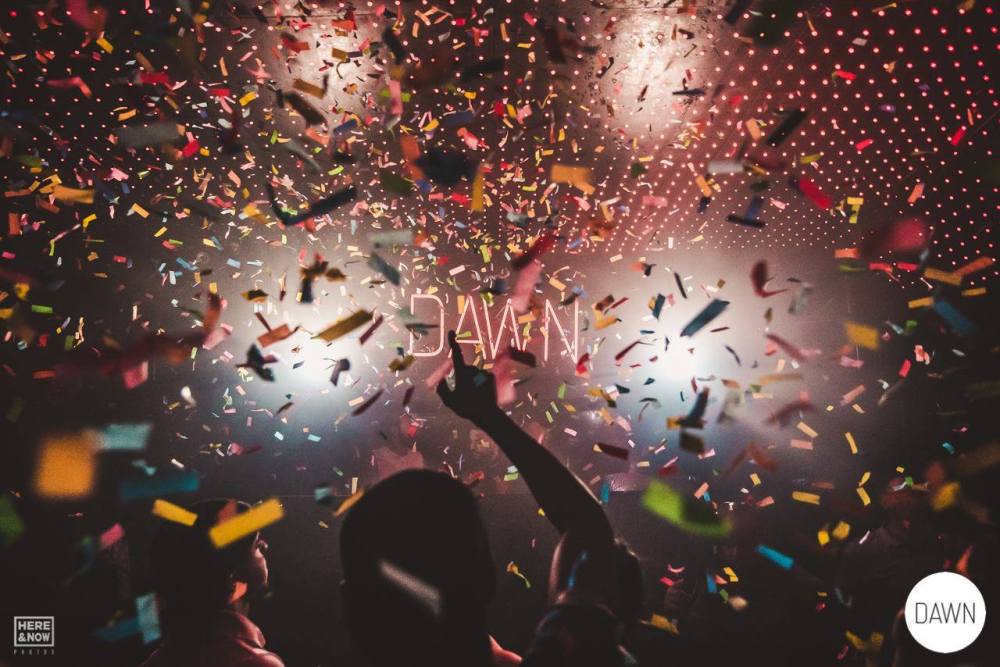